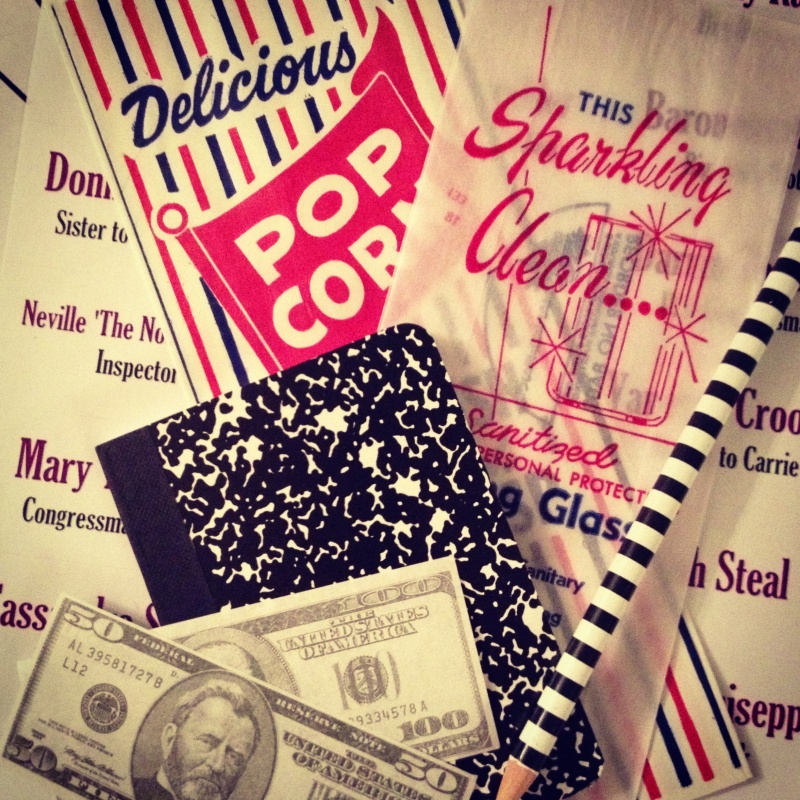 I have been really lagging my preparations for the 1920’s Prohibition theme ‘Dinner & a Murder’ party.  I’ve been talking a lot, but not doing.  Last night, I finally started getting so freaked out that I did something – however the task was hardly a priority, but at least it’s completed.  In my quest to keep within a budget (something I know nothing about) I used vintage popcorn sleeves I had *acquired* from a job long ago that had rented an old timey popcorn machine for the gift bag.  I’ve used them in the past as wrapping for small presents.  I was willing to part with the last of the lot for the sake of my bottom line (I also found them on Shop Sweet Lulu which has become my absolute go-to for all pretty party needs.)   Once I had lifted a pile of Sanitized Clean protective glass covers from a housekeeping cart in Door County, Wisconsin in 2000 – I knew they’d be useful one day.  Plus they are SO kickass cool, I had to use them.  Each guest will receive a bag upon entrance that contains fake money for bribing, a small notebook and pen.  A few party-goers will have super secret evidence discretely tucked into theirs. 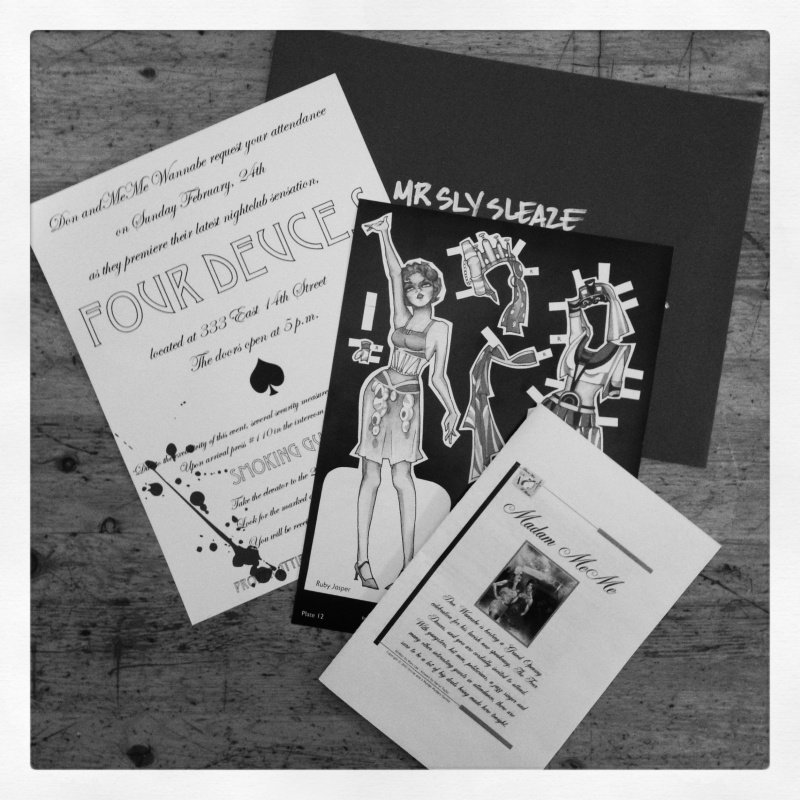 Although most guests had been informed of the theme, it is always best to set the tone (and expectations) with a full throttle invitation.  I had initially thought I’d send formal store bought invites, but I spied a Prohibition paper doll book on sale for 50% which ultimately meant more money to be spent on hooch!  Win/win.  My friend with exemplary graphic skills crafted the perfect summons and I made sure the wording exuded the exclusionary, hush-hush of this magnanimous event.  So now, 2 things of 117 have been crossed off the list.

I’m off to a swell start.