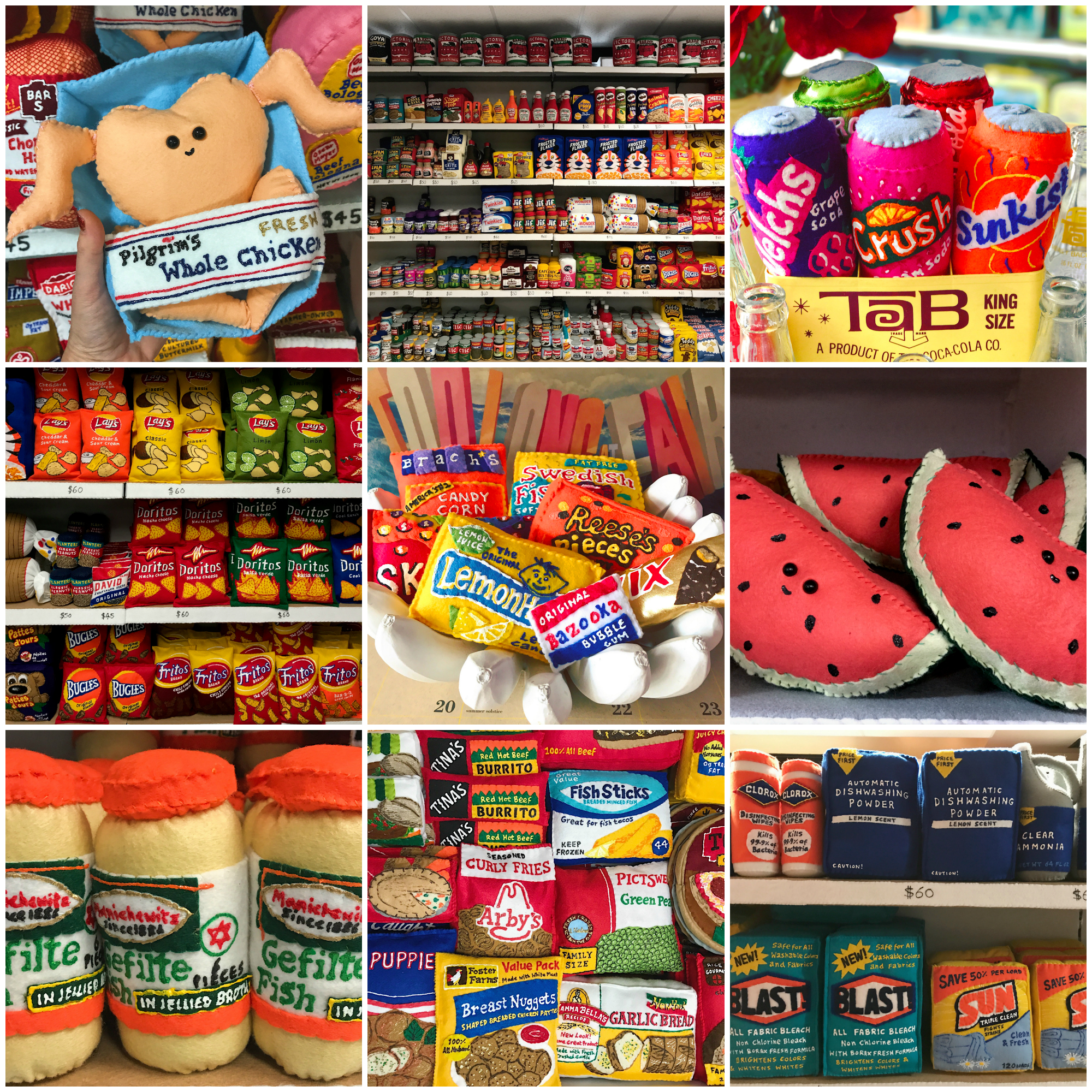 It feels as though I’ve awoken from a deep slumber. I didn’t know that I wasn’t fully functional, I thought everything was copacetic. But the past 2 weeks* everything I experience is like the best thing EVER. I am talking #obsessed level of excitement. The kind of excitement that is hard to contain and makes me want to tell EVERYONE.

It started on Monday, June 5th when I went to the public opening of Lucy Sparrow’s 8 till Late pop up shop at The Standard. I ‘felt’ as though I had just stepped into Willy Wonka’s Chocolate Room. So much to see, observe and process! I had to make 3 passes before even snapping a shot and then another 2 before deciding what to purchase – there was a mental budget, it was tested.

I had been told by the staff – who could not be more sweet, personable or affable that I had been in the shop for 2 hours. I was told this when I had returned the following day for another spin around the shop. And again several days later…

I was so visually overwhelmed that I couldn’t focus the remainder of the day. I was incapacitated by sheer joy and I needed to tell EVERYONE what I saw and insist they go see it too. It is magical.

Almost 2 weeks later and the exhilaration hasn’t waned, but this past Monday, I experienced my next obsession – Masters of Scale podcast. Not as much broad appeal as the previous fixation, but equally as magnetic. I listened to every episode in one sitting and I’m jonesing for the next installment. The guests are titans in their industries, but it’s the host, Reid Hoffman & the show’s format that keeps me riveted.

Last night as I was going through the agonizing decision of what to order for dinner, I received an email from a chef who I met earlier in the week when I was in full networking ninja mode. She is a chef for the local delivery food service, CookUnity. Ah-mazing!

Ok, I’m basing it on 1 meal but I think that meal is totally indicative of the quality and deliciousness of the entire operation. Meals can be based on your particular needs – like gluten & dairy free (which still sucks) and preferences like my deep hatred of eggs. And the pricing is obscenely reasonable for the high caliber of ingredients, portion size and presentation.

I signed up for a weekly meal plan which hopefully will kick my Caviar crutch to the curb.

*why is it no one uses the word fortnight any longer? I distinctly remember learning it for a 2nd grade spelling test, at the time I thought it was a pretty handy word and still do.

The weather outside has been frightful! If you’r

Sooooo… This video was taped a few weeks ago bef